The Food Apartheid in West Louisville

November 20, 2020
Louisville's West End is a food desert. The predominantly Black Russell neighborhood is home to the state's poorest zip code. Despite the mayor's claims of diversity and inclusion, the area has been marked for gentrification and other anti-Black policies. The Blackest zip codes in Louisville, KY tend to live a decade less than more affluent zip codes. In the West End there is about 1 full service grocer per 25,000 residents, compared to a Jefferson County wide ratio of 1 per every 12,500 residents.
According to the Community Foundation of Louisville, more than 120,000 residents struggle with food insecurity.

From 2011-2015, there were 335 infant deaths in Louisville Metro, out of 49,577 total births. Far and away, preterm births, low birth weights and infant mortality disproportionately affect Black babies. This is important because infant outcomes can impact health throughout the rest of one’s life. While infant mortality has slowly been falling, the death rate for Black babies from 2011- 2015 was 1.95 times higher than for Louisville Metro; 2.31 times higher than for White babies. (Louisville Metro 2017 Health Equity Report).

Black residents in Louisville are much more likely than white residents to have diabetes and heart disease. Black children are more likely to suffer from health issues, which lead to truancy and incarceration. The Kroger Co. (NYSE: KR), reported fiscal 2019 sales of $122.3 Billion.

This is why #FeedTheWest focuses on food justice through racial justice.

Check out The Bok Choy Project for more information on the food apartheid in Louisville. 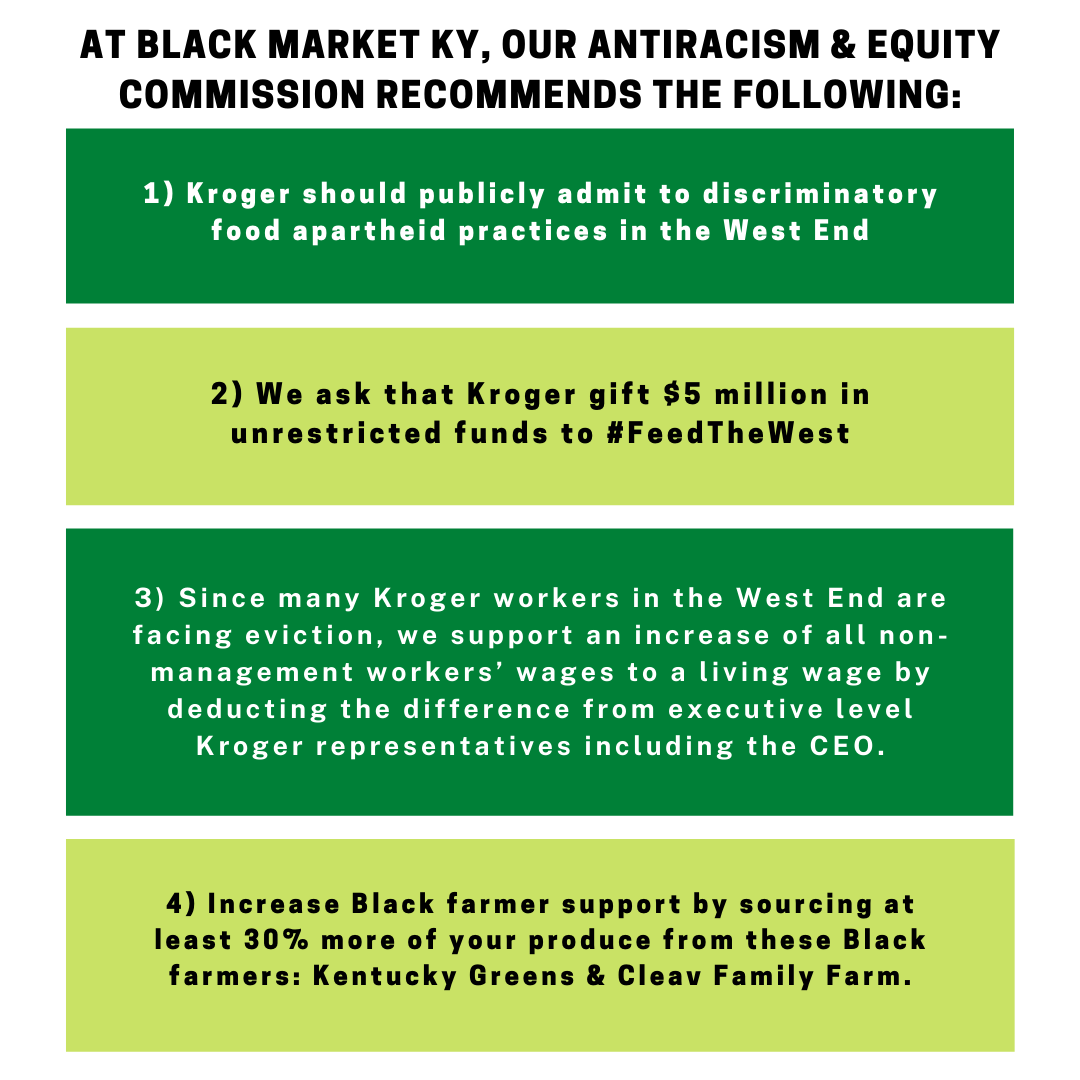